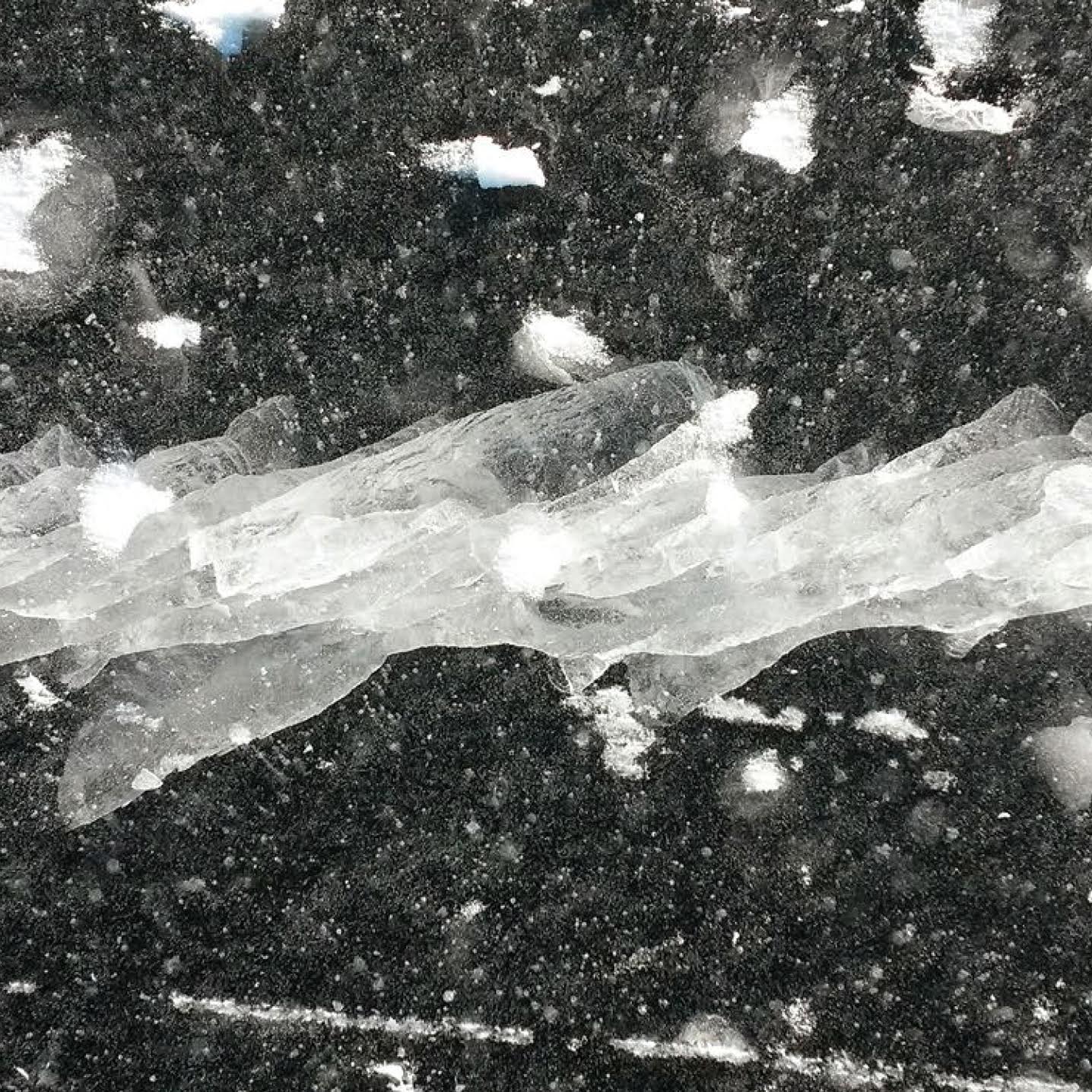 Like her debut release, Valence (2012), Montreal’s France Jobin’s work is from the traditional school of electronic minimalism, in which the sparsest of sounds and instrumentation are utilized to create complex, nuanced sculptures of tone and texture.   Inspired by quantum physics and actualized by a variety of processing and modular synthesis, this album is yet another strong entry in her growing discography.

One aspect that sets Jobin’s work apart in this often-crowded field is her judicious use of dissonance.  Rather than relying on distorted processing effects or abrasive synthetic tones, her work is instead more restrained and nuanced.  Gliding, almost bowed-string like tones cut through dramatically on “l,” as she builds upon simple loops into a richer, almost conventionally melodic sound.  The lengthy opening piece “n” features a swirling, almost organ like tone that fights with pure silence during the opening.  The piece transitions to a shimmering, sharper quality not unlike Robert Hampson’s work as Main in its most stripped-down capacity before blending extreme, yet low volume frequencies in its conclusion.

That is not to say that France’s work is all pure sounds and open spaces, however.  Sustained low-end vibrations stretch throughout “m,” which results in a piece with just the right amount of grit, but one that complements the rest of the piece well.  Even with these darker rumbles and the occasional bit of what most closely resembles digital interference, her use of quiet, almost melodic passages contrast extremely well and give the piece a distinct feeling of beauty.

The 13 and a half minute concluding composition, “s,” makes for the perfect culmination of Singulum and encapsulates her style as a whole.  The opening passages are bleaker and less inviting, exemplified by icy sounds and a slowly pulsing, slightly menacing layer of noises.  It never becomes overly powerful or commanding, but the sound has a distinctly sinister characteristic to it.  However, she uses the piece’s duration to evolve and develop the sound, rearranging the various layers to alleviate the tension she created beforehand.  By the conclusion of the composition, the layers have been shifted to a more open, spacious arrangement that lets light shine through what previously was kept in the dark.

Singulum is one of those albums that requires focused and dedicated attention, as any sort of distraction significantly hinders the impact of the work.  But through these hushed volumes and carefully treated electronic passages, France Jobin has constructed an album of quiet, yet lush arrangements.  While it is difficult to exactly imagine how quantum physics can translate to sound, Singulum is undoubtedly a pretty close approximation.