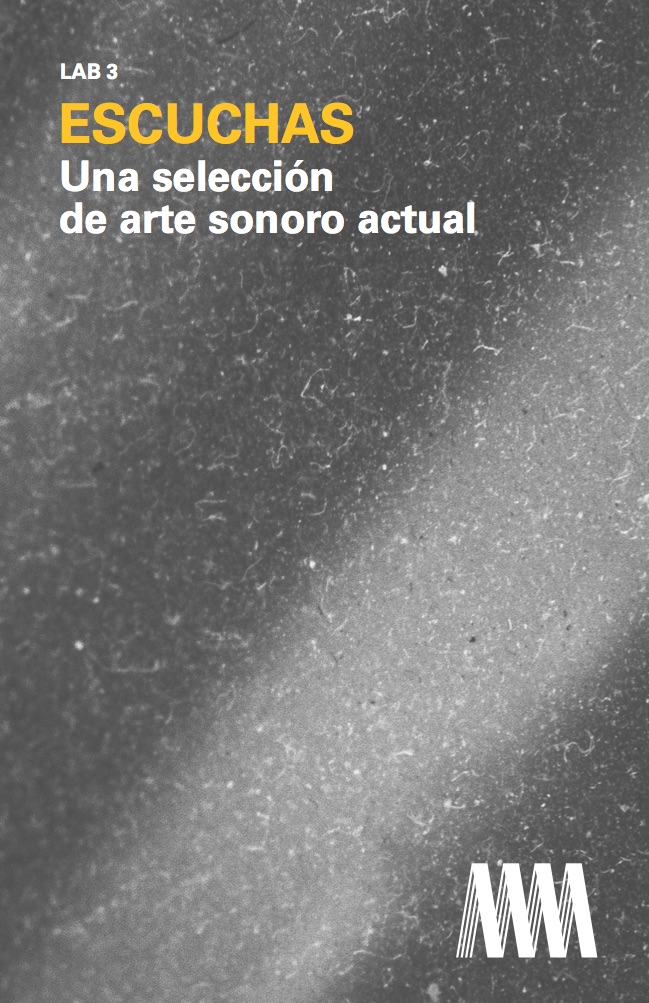 P Orbital released on LINE (Valence, LINE_054) will be part of the first multichannel sound art exhibit ESCUCHAS at the Museum of Modern Art  in Medellin, Columbia starting, December 2nd 2015.

In the contemporary context, sound art arises as a space that welcomes sound and the act of listening to it; also serving as a critical device aimed at the dominant tendency to see, think and touch. In this type of artistic process, sound is the central element and method of aesthetic, sensory, material and conceptual analysis. Elusive to closed definitions, it finds its own niche in practice, especially in the listening act and in artistic manifestations such as sculpture, installation, performance and composition.

Sound is a fundamental element of our vital experience, although often ignored in regards to the attention and thoughtfulness we put into it. As an artistic medium, technique, process and focus, sound has been present in the music discourse for millennia, but it is just recently when, hand-in-hand with technological exploration,it finds new directions and vindicates itself as a creation space on its own right.  Even if sound art is produced by and incorporated into non-electronic media like sculpture and installation, it is in fact through the processes of environmental sound recording and digital manipulation of sounds, objects and spaces, where the possibilities to work turn to be rich, taking on, often, a path that goes back and forth from the act of listening.

To listen is, within this context, silence and stillness. It is paying attention to the shapes that sounds might take, and from there, opening up to new dimensions. The act of listening is silent and invisible; it implies a method of being closer to sound but also an attitude of meditation, imagination and creation of realities that come from the experience of sound itself and its relations, thus playing a role that transcends the audible in order to relate to other aspects of human activity, such as language, perception, time and space, matter, affects, emotion, heritage, culture, politics, economy, and ecology.

Escuchas (listenings) is an exhibition on par with the aforementioned plurality of processes and manifestations of sound artistic processes. It is a selection of audio works, twelve in total, created as multi-channel pieces, and specially adapted by each artist for being presented in LAB3, played continuously all day long. The works directly reflect upon the incidence of sound in the aesthetic values of visual arts such as space, form, surface, texture, body, matter, concept, which are directly questioned from sonic aspects such as transience, ubiquity, invisibility, vibration, and listening.

The selection of works aims to explore sound as an independent artistic dimension, valid in its own right, hence providing a space for immersion in the act of listening where stillness, silence and meditation are welcome. The LAB3 presents itself as a place that is not experienced in a single visit, but as an intimate space for an ongoing dialogue, where consciousness expands thanks to the outside-inside sounds, where the visitor is incited to enter and reenter over and over again.