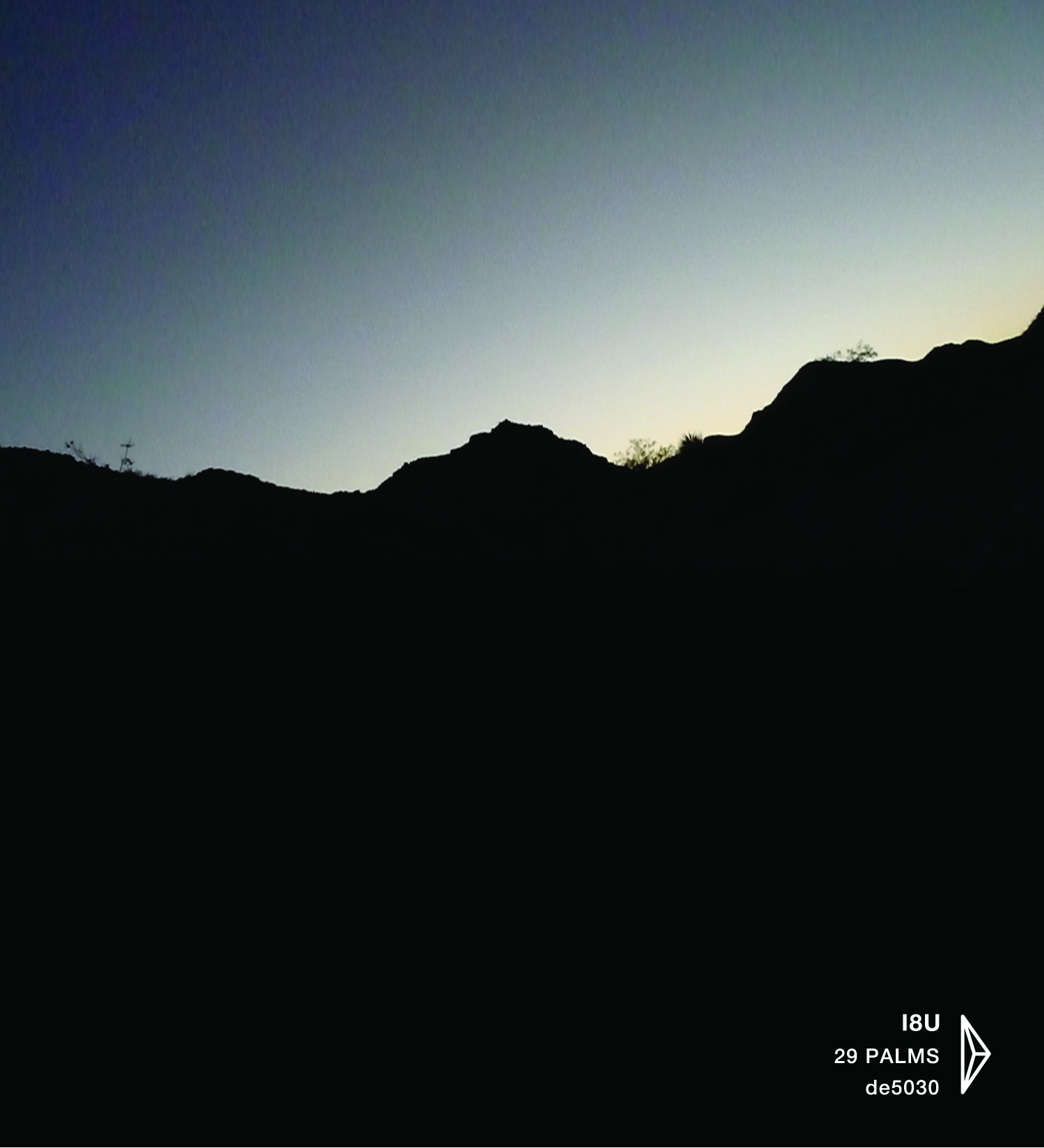 France Jobin, in her i8u guise, has created a work that is listened to in an immersive space, or at least with an excellent pair of headphones able to render spatial distinctions with precision and clarity. It is inspired from spatial environments, from a visit to Joshua Tree national park in California and makes use of field recordings and processes these sounds utalising analog and computer based processing methods. Her work within the ‘sound art’ domain incorporates visual elements and navigates the intersection of digital and analog environments to create installation art. So to the degree this is a review of a release, it is more a prompt to attend spaces created by artists such as Jobin as the translation to the personal space is fraught with an absence. Spaces which can render such environmental portraits in a greater depth than the ad hoc environment available to the home listener.

29 Palms is 41 minute piece of predominately lower spectrum tone, incorporating soft pulses and bass texture with micro events and highly minimal changes. There are sections of distinct movements whose passage has been so intricately woven into the overall piece as to be indicatively marked or demonstrative in its motion. When eventually distinct change occurs, after a long low pulsed ultra minimal section which strains the listener to hear the micro texture, it arrives from the slow build of a high pitched sound out of the miniature. The movement of this sound into long drone that provokes the idea of a reserved majesty and wavers on a sharp note impressing itself on the consciousness. It is a cumulative effect as well as being the event of the environment, perhaps the twilight depicted on the cover that can be more greatly conveyed through an immersive listening environment for which it is constructed.