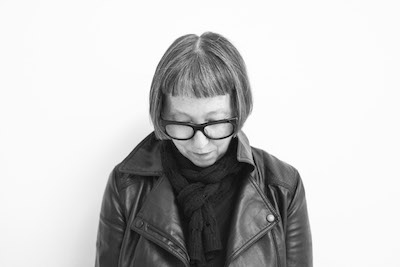 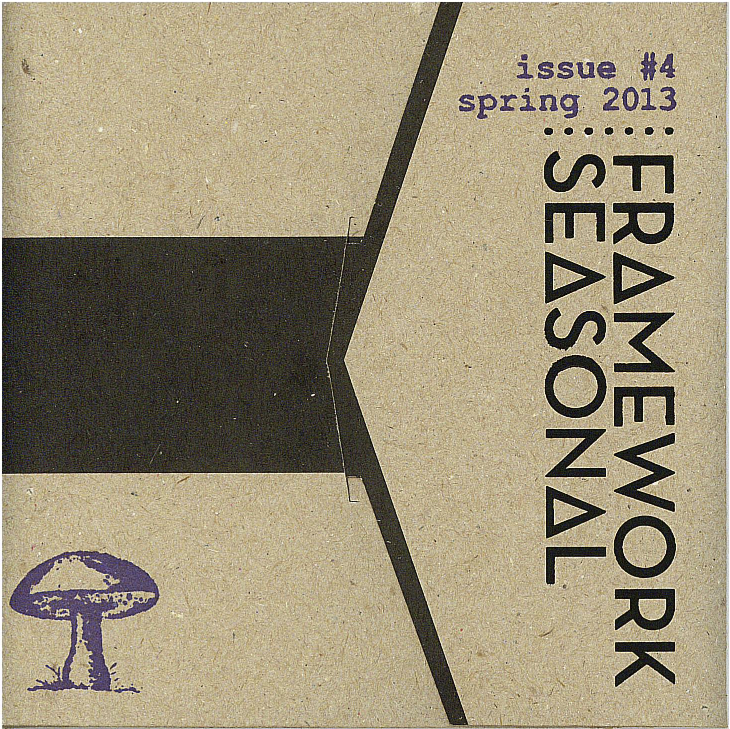 Words can be sound art too. The introduction to every one of Patrick McGinley’s framework programmes contains the promise that ‘framework is a show consecrated to field-recording’. The word ‘consecrated’ has two emphasised consonants that create beats like a car passing over a railway line or a heartbeat, particularly if you repeat the word over and over until it loses its meaning.

Its use here, rather than the words ‘devoted’ or ‘dedicated’ for instance, suggests an important distinction. The show will not be a programme about field-recording, it will be a field-recording composition in itself. The hour will be consecrated, set apart for a purpose, the purpose of listening. Very few radio programmes value silence and quiescence as significantly as framework.

Catalepsis is a state of involuntary rigidity of the limbs: A suspension of sensation and volition. Jay-Dea Lopez uses nocturnal recordings of insects to make this ever tightening tourniquet of gradual paralysis. Insects are often treated as little other than hard machines, with their robot like exoskeletons and their ability to make Geiger-counteresque stridulations in various ways.  Here they form a songless choir of increasingly insistent, inhuman sound, unnervingly electronic in nature, closing in and enveloping, shutting down the senses. When disturbed people in films wake up sweating and say they feel things crawling all over their skin as they tug at their clothing, this maybe what they mean.

The Kinsendael natural reserve in Brussels is a place where nature and the urban cityscape bleed into each other. Flaviene Gillie recorded in this fragile liminal zone during the winter of 2012, where a metal sign at the entrance to the nature reserve is defaced with graffiti by ‘Koop’ and ‘Bird’. Indeed as with any naked space in any city investors are constantly looking to fill the emptiness with buildings.

For me Gillie evokes that peculiar smell of waterside plants and exhaust fumes, a singular cocktail that only occurs at these small oases set within urban sprawl. We hear birds and sirens, vehicles pass and an engine throbs away (some sort of pump?). Then a shock, a gunshot, a barking, snarling dog at close proximity: A wave of physical danger. This influx of barely leashed violence from the tower blocks dropped into the centre of this piece is the fulcrum around which the rest of it revolves: The nail on which it hangs.

After quite palpably being in the real world of trees, city, threatening dog and passing vehicles, France Jobin illuminates a placeless inner realm. Using material collected from the huge Morongo Casino, then stretching and polishing it into a sepulchral glow. She creates a fully self-sufficient interior world. Air-conditioned, glittery and burnished, a kind of temple music for a temple dedicated to money and chance. This is a truly beautiful piece. As it begins to slowly fade the music becomes a veneer of peripheral sheen: As thin, superficial and temporary as the allure of shiny dollars, before it melts into silence.

Yannick Dauby and Olivier Féraud use a dead tree as their instrument. With the close proximity brought about by headphone listening it claws at the ears with pointed branches and dry twigs. Through speakers the room is full of desiccated creaks and peculiar crackles and feels prone to collapse. A tone akin to a trumpet is evoked, bizarre in its provenance, probably created by the rubbing of branches together. I’ve encountered these brassy, wind instrument emanations before in windblown trees.

Dauby and Féraud don’t set their improvisation in a landscape, they focus in on the heart of the wood only. There’s a joy in their exploration and a sense of discovery as new and strange sounds emerge. Indeed the whole genesis of this track seems to have been a chance encounter with this lifeless tree.

Stefan Paulus opens out a vast space filled with alpine air and grass. A gurgling stream gives way to bells clanging, an undulating drone underpinning their sonority. Sheep bleat and make the title ‘A Journey into a Spatial Fold’ particularly apt. The crackle of vegetation, breaking stalks, possibly sheep cropping grass: A plane crosses the stereo field at the end and emphasises the vault of the sky under which this document of sound cartography has unfolded.

These field recordings were collected from the alpine valley of Ötztal, on mountain peaks, Atlantic islands and sea ports. Gathered by Paulus during psychogeography drifts, unpredetermined physical and temporal explorations into landscape and topography, the recordings were composed into an altered reality using cut-up and fold-in methodology. Nothing is real. Everything is real.

Track 6: Keening laminar sheets of sound converge and overlap in scoured metal layers. We have shut out nature. This manifests itself in a steely industrial netherworld. 8 minutes and 40 seconds in and a huge mechanical churning peaks out and scrambles this structure from the inside. Intentional clipping occurs with various effect depending on your choice of listening apparatus. The raw material from which this untitled piece is forged was collected from Lima and Panamá City by Francisco López, but any sense of place has been expunged.

Krs Marina Vinter is a night water recording by Terje Paulsen containing infinite intricate detail and an unfussy delicacy of presentation. Beautifully rich and multilayered, distant rumbles occur far away as small clouds of bubbles rise and disperse close by. Waves gently swirl and break and ships can be imagined, hinted at by the odd metallic sound. Paulsen’s material for this piece was collected from a marina in Kristiansand, Norway. The dark sky and cold air infuse into the fluid dynamics of this piece.

Maile Colbert’s contribution comes at you from a very different standpoint to anything else on this album. Constructed with all the compact, structured logic of a song, it evolves from an emotional core. Helen’s Hands is Colbert’s hymn to the memory of her grandmother. It lasts little more than four minutes.

Through the distance of time and the detritus of gathered dust slow cello like instrumental tones rise and fall. Across all this a Hawaiian dawn chorus sings in its many various voices. At just one point the hint of human speech: Just a sound. Did it happen? Was it there? When the music fades we’re left with a solitary bird calling and the imperfection of past time still audible.

Helen’s Hands is dedicated to Colbert’s grandmother, and her piano hands, and all that they have touched. The framework radio site contains a poem by D. H. Lawrence alongside this work. The poem ends ‘Down in the flood of remembrance, I weep like a child for the past.’

In contrast to Maile Colbert’s careful composition, Luis Antero leaves the world to compose itself and documents the interplay of birds, water and humans as they occur in real time. Antero’s numerous recordings from his native Portugal are jewel like and transparent in their purity. He never interferes. He never enters the recordings.

Volta Do Castelo is a river, a swift river, trees full of birds and someone probably fixing a roof at a distance.  Because Antero belongs to these places in a spiritual and emotional way, it is tempting to think that his choices of site are informed by the land itself. That he’s drawn to these places by ancestral memory and an attempt to map it in sound. A pure field recording and a fine way to end this compendium of framework radio contributors.

Maybe it’s a little unimaginative to review these tracks in the order they appear on the album, but I wanted to highlight something: In any compilation the choices of the compiler are important. They designate a path along which we travel and they sculpt the terrain. This particular path takes many twists and turns through synthetic plains and back into lush forests, we plunge beneath water and traverse mountain valleys, but it is as promised purely consecrated to field recording.