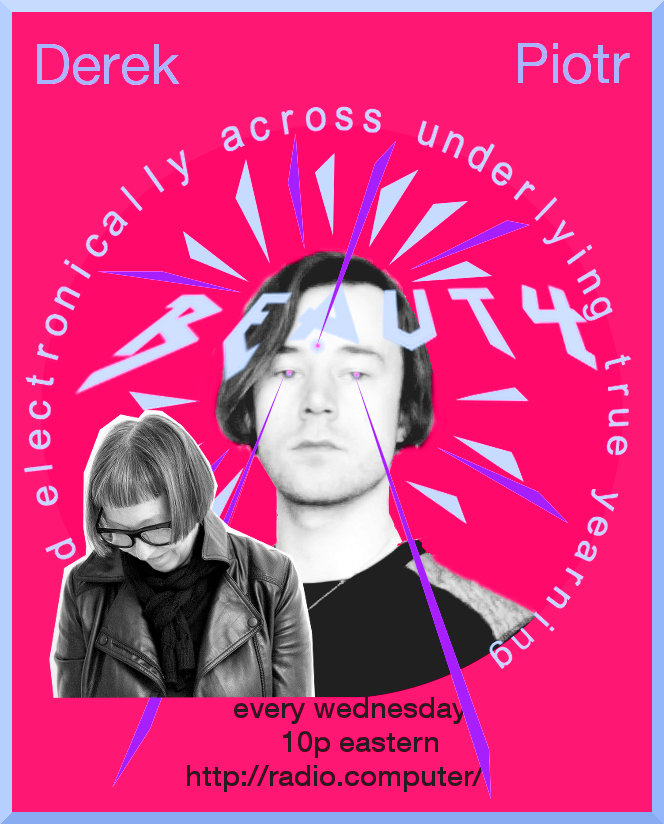 the show will be uploaded on mixcloud

Derek and France will discuss the meaning of beauty, sound, field recordings and all matter of the unknown!