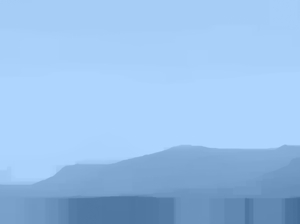 Sublimation: An Exercise in the Immersive

Sublimation: An Exercise in the Immersive is an exhibition featuring a range of audio-visual works  that respond to the idea of the sublime. The exhibition presents eight international artists: Mark + Laura Cetilia (US), Ryan Connor (US), Robert Crouch (US), Gary James Joynes/Clinker (CA), Mimosa|Moize (TW, UK) and Tu M’ (IT).  These works saturate the sonic and visual landscape, drenching and enveloping the audience and must be experienced to be truly understood.

The six audio-visual works on view in Sublimation: An Exercise in the Immersive explore the sublime through their creation of expansive, saturated and meditative environments.  Each artist’s work accentuates an understanding and appreciation of multi-sensory experiences.

The artists in this exhibition explore a wide range of artistic styles and practices, from audio and video field recordings (Morning by Mimosa|Moize), the utilization of broken lenses for light and sound manipulation (Letterlens to Kid Eyes by Ryan Connor), and the incorporation of ceremony and ritual (Provody by Gary James Joynes/Clinker).

One of the more well know works in the exhibition comes from artist duo Tu M’ (Rossano Polidoro and Emiliano Romanelli) who contribute a work from their Monochrome series: Monochrome # 09+V06, a reductive landscape that has been distilled down to fragile atmospheric shades of blue. Robert Crouch pushes the idea of traditional landscape further with his work Dusk, which presents an impossible landscape where a single surface shifts from land formation to skyline and back again.  Landscape leads to location based work in Mark + Laura Cetilia’s Visiting Hours where the piece is formed from recordings within the Museums of Bat Yam, Israel where the piece was first exhibited.

The opening night of Sublimation: An Exercise in the Immersive is accompanied by two complementary programs; an audio screening including works by: Katherine Bennett (US), Celer (US, JP), Stéphane Claude (CA), Heribert Friedl (AT), Robin Parmar (UK, CA, IE), Tomas Phillips + Craig Hilton (US), Scant Intone (CA) & Tom White (UK); and a concert consisting of live performances by:  Robert Crouch (US), David Kristian (CA) and Mimosa|Moize (UK).  The audio screening serves to highlight a larger range of work that fits into the idea of the sublime.  The live performances is a chance for both artist and audience to be consumed by the same visceral experience, to be drawn into and among the same heights and depths of the sonic and emotional spectrum.

Helen Frosi is an artist and curator with an interest in sonic and olfactory arts, currently based in London (UK). Helen is co-founder and creative director at SoundFjord the UK’s first sound-devoted gallery and research unit. As a serial collaborator with nomadic tendencies, Helen has programmed internationally for organisations and festivals as well as creative and unconventional arts spaces. Recent projects include screenings, performance and installations for, among others, Apiary Studios (UK), Café Oto (UK), Dragonfly Festival (SE), Galerie8 (UK), Gorey Arts and Film Festival (IE), ICA (UK), Pigeon Wing (UK). Helen is currently a nominator at Supersonix (UK).

France Jobin (1958) is a sound/installation artist and curator residing in Montreal. She has created solo recordings for ROOM40 (AUS), nvo (AT), ATAK (JP), murmur records (JP) and LINE (USA). Her sound installation Entre-Deux presented within the new media exhibit DATA/FIELDS, was met with critical acclaim in Washington DC. Curated by Richard Chartier, DATA/FIELDS included Ryoji Ikeda and Mark Fell among others. As a curator, she has presented several events, amongst those: emptiness at Monkeytown, New York (2006), Nocturne 3, Mutek in 2007 (co-curator) and her latest endeavour Immerson (2011) at OBORO, a concert event/philosophy which she initiated and is curating.

Yann Novak is a sound, video and installation artist based in Los Angeles. He has presented his installation work through solo exhibitions at 323 Projects (CA), Armory Center for the Arts (CA), Las Cienegas Projects (CA), Lawrimore Project (WA), Soundfjord (London, UK) and in two person exhibitions at the Henry Art Gallery (WA) and  Pøst (CA). In 2005, Novak re-launched his father’s Dragon’s Eye Recordings imprint with a new focus on limited edition releases by emerging and mid-carrier sound artists, composers and producers. Since its re-launch, Dragon’s Eye has published over 60 releases and has received critical acclaim.

Placard is a headphone concert festival, playing with concentration, intimacy,time warp,and teleportation.This year it goes on for 97 days non stop, in different cities. It functions under a mode of open program,open for headphone rooms to create performance spaces where performers are welcomed to perform. Both the headphoneroom ‘owner’ and the performers use the inscription site to self organize the global program. The placard ‘owner’ receives in his room performers who have submitted a inscription via the site , and streams the shows to the other headphonerooms either passive listeners or waiting to perform.The site is designed to simplify communication inbetween the performers and the organizers, using automatic emails notifying of incomming inscriptions , accepted deplaced or refused perfomances ; also notifying performers of the creation of headphonerooms in their city.

The ring has grown , last year quite a few new cities got involved ;( helsinki , stralsund , benicassim .. (link to last year’s archive) ) .This year has allready started with a few prologues (maybe a preview of what might be one day a non stop placard network) – one in berlin during club transmediale – one in bratislava – and one in bologna -(see pictures and line-ups here) The official placard festival opening will be in montreal for the mutek festival and then move on.

i8u’s audio is inspired by the concept of string theory; 10-33 cm being the theoretical size of the strings that makes up the universe. Resonance is the vibrational pattern, which determines what kind of particle the string is. The type of particle is the movement of the string and the energy associated with this movement.
The soundscapes created mirror our limited understanding and imagination of these strings as they slip in and out of the dimensions we are aware of.

A rare collaboration with  David Kristian on December 15th, 2004. (see Below)

Transistors and Other Circuits

i8u will be performing, along with David Kristian, Deadbeat, Vincent Gagnon, and Phillipe Dérogis of Applied-Acoustics Systems on Musique Plus’ “M. Net” show, Wednesday May 2nd, 2001 at 8:00pm.  The team will be demonstrating the Tassman Software Synth.

Interview with i8u on Radio Canada’s Le Navire <<Night>> March 25th, 2001 –
The interview will feature her debut CD along with unreleased excerpts from collaborations with both Martin Tétreault and David Kristian.

Montreal’s premier electronic-music adventurer stakes out new turf with his first Internet-only album. Available through his Web site (www.davidkristian.com) – with a song (Pegel) that’s hot on the MP3 Top 500 – this collection returns Kristian to somewhat more accessible territory. While he’s still in a world all his own, he brings the beats back – subtle, strange rhythmic constructions. Add a universe of knob-twiddled, synthesized sound, then merge the two and you’ve got another notch on the belt of the city’s most prolific sound scientist.

As Kristian himself  joked in an interview a couple of weeks ago, female colleague i8u makes him look conservative this time out. Leaving behind beats altogether, the anonymous artist creates cold, dark electronic environments that evoke bad dreams where nothing happens. i8us Web address is www.i8u.com. Kristian: Rating four; I8U: Rating three