A new video for s from Singulum released on LINE

“Within a pandemic context, wonderful things happen which bring hope and light in an otherwise uncertain world” France Jobin 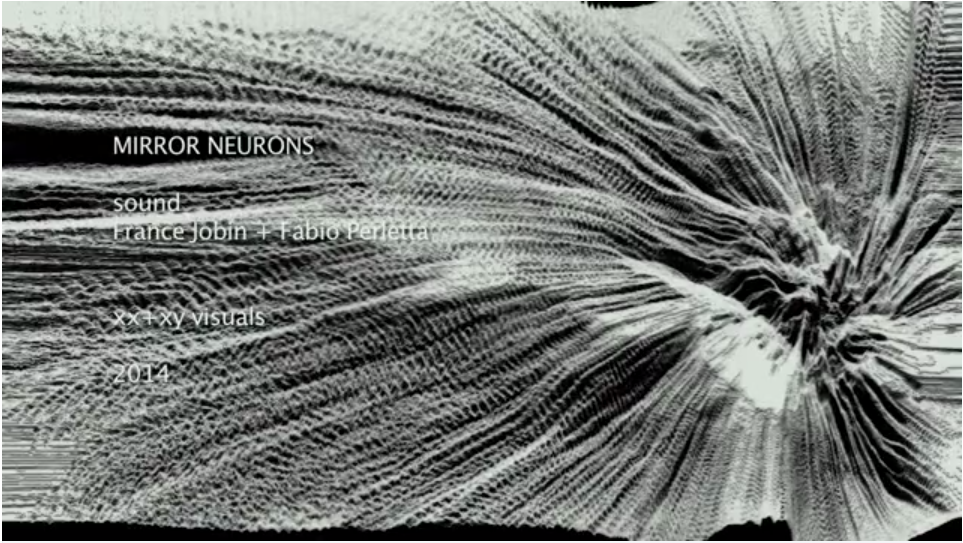 Mirror Neurons represent a distinctive class of cells that fire both when an animal executes an action and when it observes another individual performing the same action. Discovered by Italian neurophysiologist Giacomo Rizzolatti and his team at the University of Parma while doing a research on the neural representation of motor movements in monkeys, the precise function and influence of these neurons has become one of the most important topic in neuroscience. They have been linked to many behaviours and abilities, from empathy to learning by imitation and language acquisition, as well as implicated in conditions such as autism and other brain disorders. These findings suggest that the mirror neuron system plays a key role in our ability to experience empathy.

Initiated by sound artists France Jobin and Fabio Perletta, Mirror Neurons is a media-project investigating the notion of empathy and physical distance. The entire album is the result of extended sound files exchange between Montréal (Canada) and Roseto degli Abruzzi (Italy). Each of the pieces is based on rough sounds and their consequent re-working, listening and reaction, processing and imitation. The ongoing process helped artists to draw inspiration in terms of stimuli for the act of composing itself in two very distant cities, different climate, time zones and languages. The piece will make its debut at the 2014 AxS Festival.

Like much of Jobin and Perletta’s recent works, Mirror Neurons explores the artists’ interest in intersection between science and art, as well as the infinitely small and invisible. In order to further develop the concept of distance/connectivity, visual artists xx+xy visuals from Rome have been involved in the process. They created a multi-dimensional, generative and ever-changing sound visualization through the use of quiet textures and subtle movements emphasizing the slowed sense of time of the work itself.

EVENT HORIZON is an experimental audio/visual work by France Jobin (audio) and Cédrick Eymenier (visual) developed in the summer of 2009.The title of the piece was drawn from the physics term “event horizon” which is a bizarre boundary in space time which gives a black hole it’s name.  It is the proximity point in which no matter or radiation (ex.light) can escape and thereby affect an outside observer.  It is the black holes effects on its surroundings and the light that doesn’t pass the event horizon that gives physicists their awareness that the black hole exists.

This project involves the observation of a cityscape after nightfall. The minimal light observed over the city at night masks the flurry of activity that is obscured by buildings and darkness.

EVENT HORIZON explores the solitary observations of events transmitted via minimal stimuli and the understanding of the existence of incomprehensibly massive amounts of activity that cannot affect the outside observer other than the knowledge that it exists and it is obscured.

In short, it explores the interaction of the subject with the city and the emotions that come with various sensory stimuli and the contemplation of
what the darkness obscures. 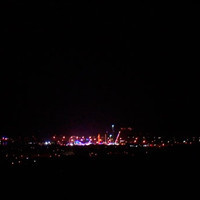